Laura Harms is back from her busy summer activities, and has chosen the tangle "Zenith" for her weekly challenge at her site,  IAmTheDiva.  Zenith is one of the newest official tangles, created by Rick Roberts and Maria Thomas, and was released to the newest CZTs at the last certification seminars.

The step outs for Zenith can be found HERE in the latest Zentangle newsletter.

This is a tangle that I hadn't tried previously, so it was a good learning activity for me. I'm posting two versions of the same tile. With the first version, I thought it might be done .... 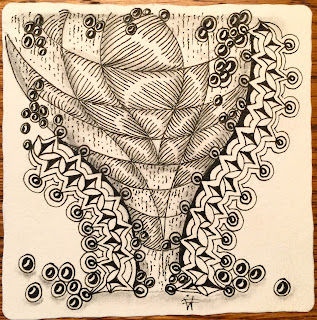 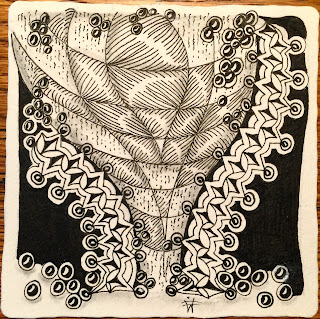 ..... but after some thought I decided to be bold and add the black background. I think it helps make it "pop" more dramatically.

I would *love* to hear your feedback, comments, etc! Thanks for visiting!
Posted by Holly Williams at 2:33 PM 18 comments:

Email ThisBlogThis!Share to TwitterShare to FacebookShare to Pinterest
Labels: challenge, Diva, I Am The Diva, official tangle, Zenith

Welcome to nine new tanglers this weekend! I had the pleasure to teach two classes: one at a home party, and the other at Jerry's Artarama in Fort Collins.
On Saturday, Monica and Dave hosted a home party/class. This was my first home-based Zentangle class, and it was so much fun! We started out with time to chat, have some great appetizers and wine, and get to know each other. Then we tangled!

... and here are the completed tiles! 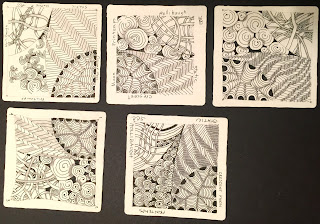 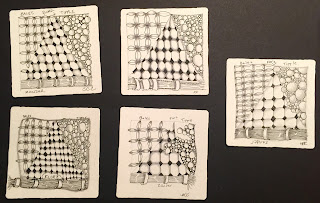 Then, on Sunday I taught a class at Jerry's Artarama in Fort Collins. I have to say, Zentangle just attracts the nicest people! Again, what a fun group!

Here are their tiles! 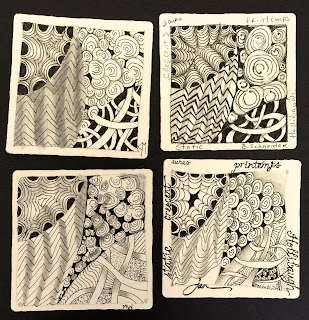 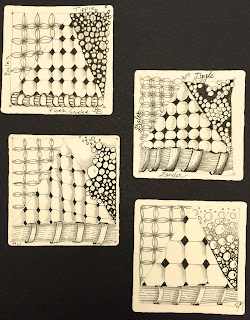 Happy tangling, everyone!
Posted by Holly Williams at 2:05 PM 2 comments:

On being a teacher and a student!

At the beginning of August, I had had the opportunity to participate as both a student and a teacher of Zentangle! I was able to teach a wonderful group of new tanglers at Jerry's Artarama in Fort Collins, and the next day I was in the role of the student, taking a class. I have to say that I enjoyed both roles equally well! 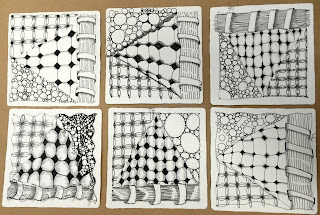 The next day, I took the student role and went to Patricia Dusty Darrah's class in Denver. We worked on Fantasy Letters as Zentangle Inspired Art.

First, we discussed tangled that would be good fillers for our letters, spent some time practicing and "warming up", and then started tangling. 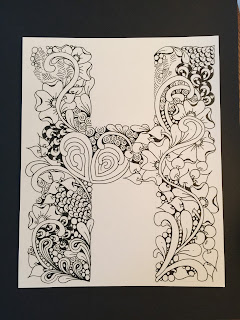 The next step was to color the tangles, cut out the negative spaces (a new skill!), then mount the letter on a black background.

Posted by Holly Williams at 12:46 PM No comments: 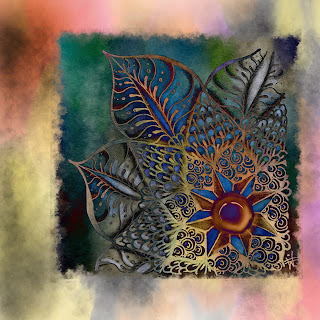 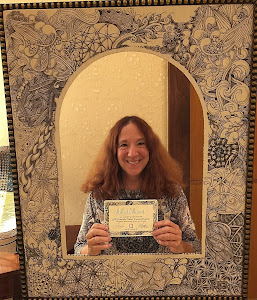